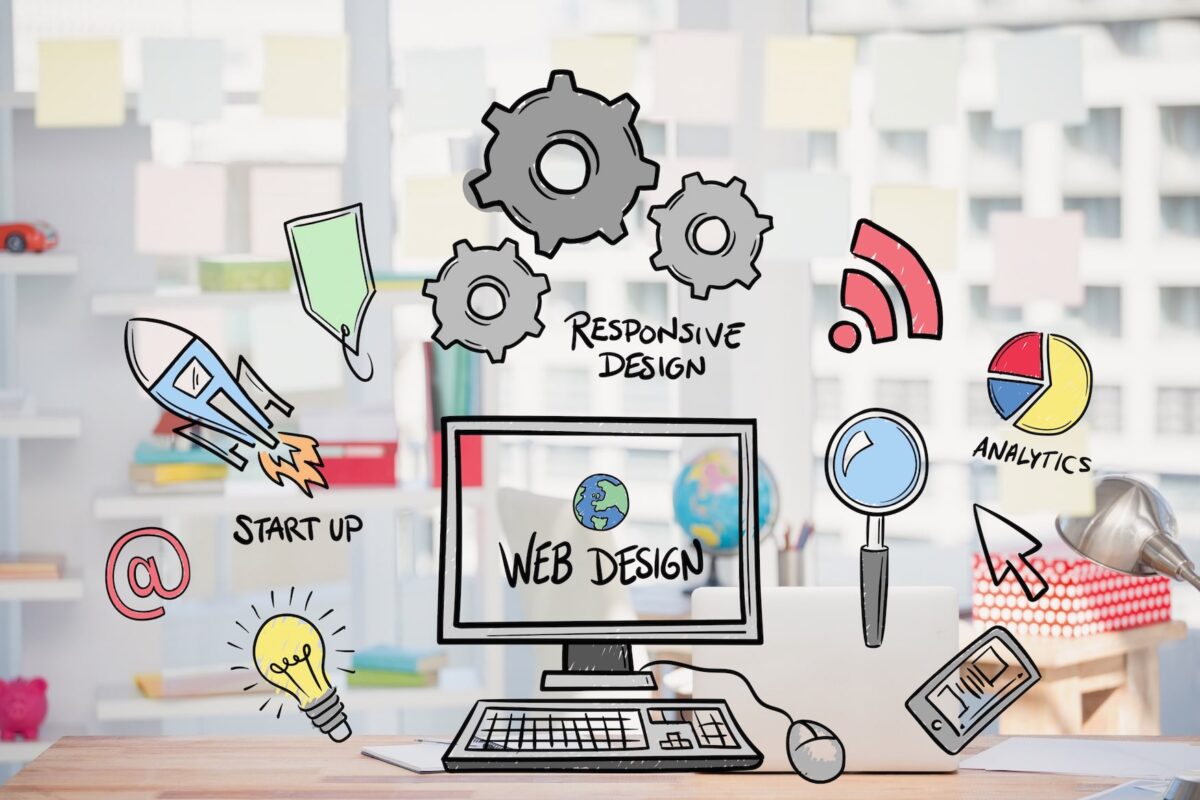 Web design is a constantly evolving field in which professionals are constantly looking for new solutions to improve the user experience and increase the competitiveness of their customers. The creation of a unique website is usually done by a whole team, and it often happens that ideas and views collide. Here I will look at four of the issues that are most often creatively debated.

How detailed is the study of consumer behavior

When creating a website, the team aims to create significant and pleasant moments that involve users in the world of the brand, as well as the highest level of accessibility and usability. The question is how to create these moments and a truly unique experience in general. Here it helps to study user expectations and behavior, usually by directly observing how people use the prototype site created in a real or near real environment. This is the key to evaluating the concept and its components. The next logical question is what part of the team’s efforts should be concentrated at this stage of the website development process.

There are experts in web design who say this is not necessary at all. They claim that the developer team can be an accurate measure of what users want and expect. Steve Jobs’ remark that customers don’t know what they want is well known, as is his work, based on his own intuition, in which he and his team have expressed what they think is good product design. Given the revolutionary technology solutions created by Apple’s team, can we say that it’s helpful for website developers not to look at the target audience at all? The answer is no. However, not everyone is a genius in their field.

It turns out that the time and effort invested in studying consumers has increased over the last few years and this is considered an effective direction of development. However, it is observed shifting the focus of the study from the final product to the conceptual design. As already mentioned, testing the prototype of a website with real users is already a widely used practice. Through it, the developer receives valuable information about the attitudes of users even before the actual programming begins, thus making changes faster and cheaper. Also, the flexibility is much higher, which allows to achieve full perfection within the time and budget of the project to create a website.

How minimalist web design should be

The maxim that less is more devoted has become a postulate in the field of web design. Minimalism brings many benefits, including faster page loading, clearer navigation and easier familiarization with the main products, services and features of the brand. How is this achieved? The goal of minimalism is to improve the user experience by eliminating unnecessary details from both the design and the content. The layout of the web pages is such that the user naturally focuses on the message sent by the brand without being distracted.

The main tool in this type of approach is the use of empty spaces which eliminate clutter and make each element stand out. The question is how to use it sparingly so that the website does not become too scarce, as well as “lean” and boring. Balance can be found by looking at the components of good communication with visitors. What does the user want to learn from the website and in what sequence? What information has the greatest value for him? How aggressive should page marketing be? The answers to these questions will lead to the optimal use of empty spaces in the design of the site.

What kind of menu to make

The so-called hamburger menu is becoming increasingly used in adaptive web design (responsive design), due to the small available space on the screens of smartphones and tablets. It is represented by the characteristic icon with three horizontal lines, pressing which opens the vertical menu. It is interesting to note that it is not new – it dates back to the early 80’s. Its qualities are indisputable – clean, elegant, easy to use and well organized. The problem is that when it appears, the burger menu blocks all or part of the screen content.

There are several possible solutions of this case. Perhaps the most commonly used is to keep the traditional menu for desktops and laptops, and to keep the “hamburger” for smartphones and tablets, simplifying its contents as much as possible and making it thinner and more elegant. There are also alternatives to this type of menu, such as the so-called navigation at the bottom of the screen. In it, the menu automatically appears at the bottom when the user starts scrolling up, which is considered an indicator that he has viewed the necessary content on the relevant page of the mobile website.

Pop-ups are often described as annoying, but still remain widely used for marketing purposes. How to find a balance between the user experience and marketing generally speaking? To begin with, you need to consider exactly what role pop-ups will play. It is best for them to present an offer with specific benefits for the user related to the content of the respective web page.

Second, you need to determine the location of the pop-up window within the screen. The two main options are in the middle and in the lower right corner. In the first, the window is immediately noticeable, but actually blocks the content. The second option is much more elegant, and the chance for the user to pay attention to the proposal is not small, given that this part of the screen traditionally displays notifications from various applications, as well as system ones.

The third important step is to decide when the window will pop up. The most effective in this regard are the windows, the display of which is regulated by the user’s behavior. When he intends to close the page, for example, then in the middle of it can pop up a large window with a tempting offer, which will make him stay.

How to make the right decisions

When designing a website, testing is of paramount importance. Ideas collide at the concept level and are evaluated using prototypes. Thus, in the actual development phase, when the design is done and the code is written, the team works with a clear and detailed concept that is the best possible. This is the way to create working online business solutions.

Do you want a new website that works reliably and tirelessly for your business success? Contact our team with an inquiry now.