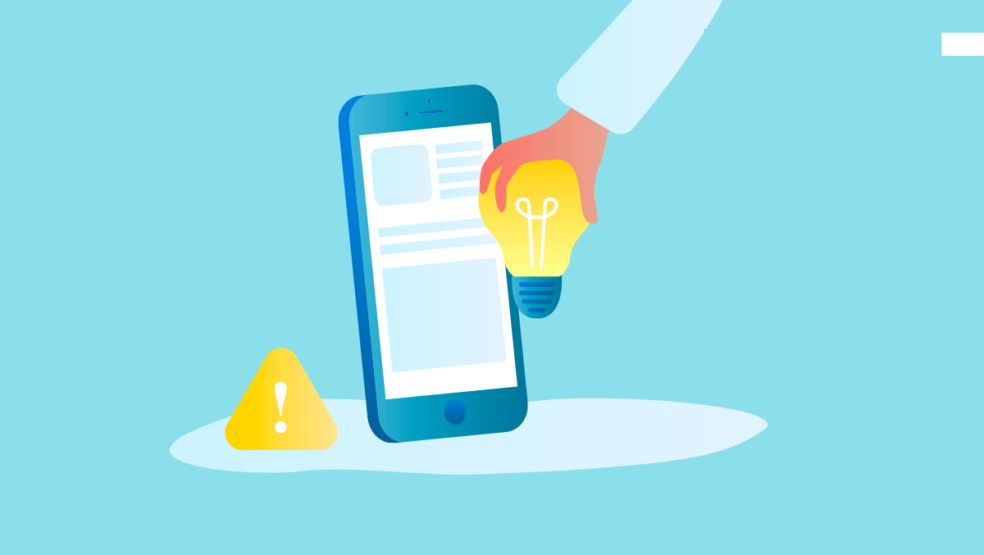 I have heard it countless times: “I’m afraid my idea will be stolen!”. To relieve you of this concern, I will tell you 6 reasons why you don’t have to worry about your idea being stolen

1. Why you don’t have to worry about your idea being stolen

It makes a lot of sense that you’re afraid someone will run off with your idea. Of course you have a super good app idea; everyone wants to make money with that. It is quite normal to think this, but here I am going to put your mind at ease. People are not easily convinced of the success of someone else’s idea. An app development costs thousands of euros. Investing a capital in an idea that has not been worked out, or has not been invented by itself, does not occur.

If you continue with your idea, it is useful to look for financing. You will then have to write a good business plan and, for example, have a prototype to convince investors. An app idea without elaboration, prototype, technology or design is therefore negligible. Only when you put value into an idea yourself can it only be valuable. How to put value in your app?

2. Why you shouldn’t be afraid that someone has the same idea

It is not entirely inconceivable that someone else has a similar app idea. You may have even seen an app in the store that comes close to your app idea.  If your app idea fulfills a need for a certain group, then you have more certainty that your idea is more successful than other ideas. And that applies not only to difference in target group, but also to difference in concept, user-friendliness, appearance, geography or technology. If other app creators had been discouraged by others, Tinder, WhatsApp, and Snapchat would never have been there. The makers would have seen other Dating or Messenger apps and had their idea cut. So don’t look around you too much but at yourself and your passion for your app idea! I also ended up buying Bolognese chips because I like them the best :).

3. What cannot protect your app idea and why this is not a problem

A new chemical formula, a tangible product or a machine part can be protected. But an app idea is not unique enough. This not only applies to you, but also to the (nonexistent) thief. This is also not possible with your idea, until he puts time, creativity or work of his own into it. At that time, the same idea can become something completely different. Sorry, there is no real total protection. At the bottom of this article you can read how you can still protect your idea.

Okay, so there is no thick legal protection. Where can you take advantage? In your determination and speed with which you get started with your app. As you can read above, the value is in the implementation of your idea. So spend more time implementing your idea than negative attention to others. The further you develop your idea, conduct market research, create an identity and corporate identity or even make a prototype, the stronger your idea becomes. And this is value that you can protect!

5. What you can protect from your app idea

If you develop your idea further, you will arrive at concrete content that can be protected. Namely the house style and source code of your app. If you have developed the identity of your app, including certain colors, fonts and a logo, you can record this. The same applies to the code of your app. You will have to make certain agreements with the developer about this, often they are the owner of the code. This is useful for the developer because they can reuse part of the code (and therefore work faster on subsequent projects). However, you can record that the code may not be used for the apps of competitors. This is a clear example of putting value into your app and that is protectable. So go like a rocket and provide that extra value.

Sharing rewarded! You are a bit suspicious at the beginning of sharing your idea, which is understandable and I have heard it before. But what else have I heard from successful app entrepreneurs? The great confident feeling entrepreneurs have got after their idea was received with great enthusiasm! In every success story, there is a stage where the app idea is told to an investor, expert, friend or family member. Each time sharing has provided motivation, enthusiasm, insight, tips or even an investment.

All options for app protection under each other

After reading this article, you know what you can and cannot protect from your app idea. You now also know how important it is to share and add value to your idea. Still, you might want an overview of exactly which legal options you have.